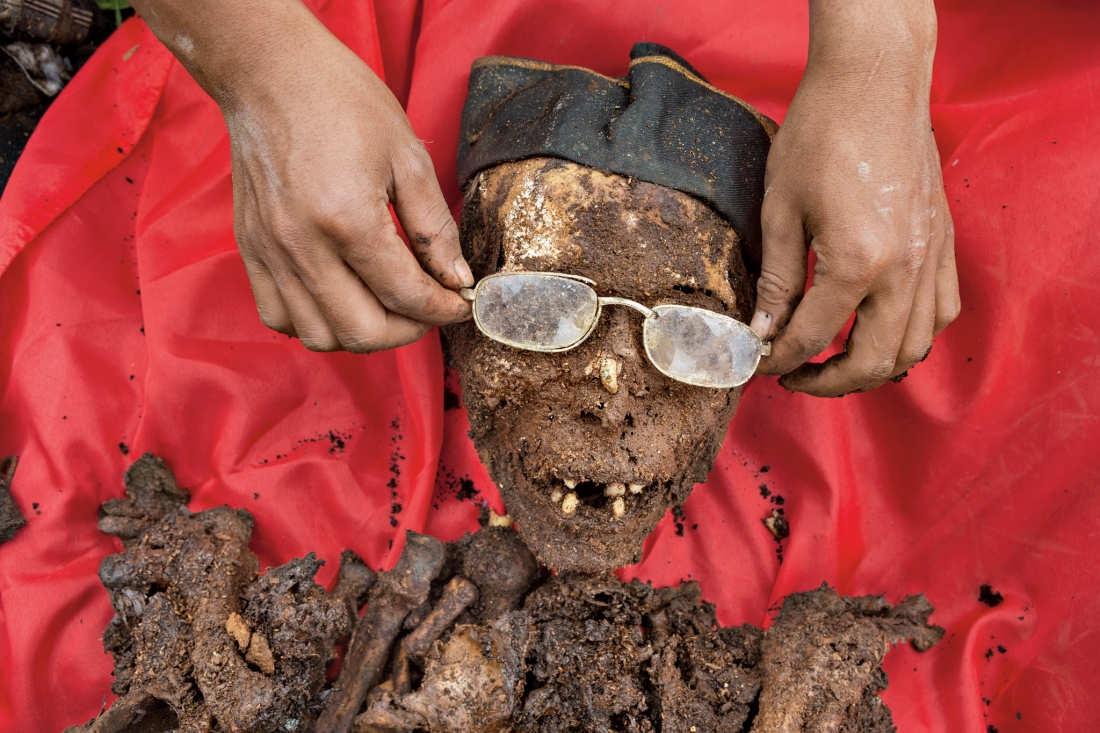 I’ve long been fascinated with how societies treat their dead. From the mummies in Egypt to the mummies in Peru, the funerals held in the home to those held in funeral homes, how we treat our dead says interesting things about our relationship with death. Recently I’ve read three articles about how we treat dead bodies that were fascinating windows into three different views on death.

The first is this article from National Geographic on the close relationship between the living and the dead in Toraja, Indonesia. When a family member dies, they are kept in the house for an extended period of time, sometimes years, and treated as a sick person. The family will bring them food, talk to them, touch them, and wash them. When they eventually hold a funeral, it’s a huge and elaborate affair, complete with animal sacrifice of a number of buffalo to help the spirit on its way into the afterlife. The body is then interred in a crypt or a nearby cave, next to other family and community members. But even then the physical relationship between the living and the dead isn’t over; periodically the bodies are disinterred, washed, dressed, and greeted with joy by family and friends.

The second article is from the Guardian about how medieval villagers smashed skeletons to keep them from rising from the dead. Societies in many places and at many times have been known to mutilate the dead to prevent them from becoming the undead. From the New England vampire panic, where 19th century Americans burned the organs of suspected vampire corpses to end a tuberculosis epidemic, to the Tibetan practice of sky burial, where corpses are hacked up and offered to the vultures so the dead body cannot be inhabited again, humanity has often feared what happens after death. To these people, bodies represent a very real threat, and if the corpses were in any way still their loved ones, then those loved ones were now evil.

The third article is this one from Hyperallergenic, about photographer Robert Shults’s series of photographs of decomposing bodies at the body farm at Texas State University. A body farm is a facility where donated corpses are laid out in various environments and then monitored to see how specific circumstances affect decomposition. The data is then used by forensic scientists to assist in determining time of death in cases where a victim has been dead for a while before being found. While most people in our society would likely have a visceral aversion to actually viewing these bodies, for the most part there is no fear that they will reanimate, or that they pose any true danger. Indeed, Shults’s photographs are beautiful, despite their morbid subjects. He, along with those in search of this knowledge and those who donate their bodies, see death as an opportunity for learning, and decomposing bodies as tools for science and justice.

I will admit that all three of these views of death and corpses evoke a certain sense of discomfort. But that in itself is indicative of the society I am part of. Death in the majority of modern day America is hidden away, the contact with corpses severely minimized. So we have a strong reaction against anything that has to do with death, and we cannot abide even the thought of dead bodies. And I think it’s important to challenge that innate cultural belief. We have much to learn from how human beings, now and throughout history, faced mortality and related to our dear departed.

All you 90’s kids out there will remember Right Said Fred and his one hit wonder “I’m Too Sexy.” I’m always reminded of waiting for a table at the Hard Rock Cafe in Paris in 1996, and watching the guy behind the souvenir counter dancing every time this song came around on the music loop. Even though he had doubtless already heard it hundreds of times that day, it still brought him joy. High praise for a bit of 90’s fluff. Enjoy!

“The Tunguska event was a large explosion that occurred near the Stony Tunguska River, in Yeniseysk Governorate (now Krasnoyarsk Krai), Russia, on the morning of 30 June 1908. The explosion over the sparsely populated Eastern Siberian Taiga flattened 2,000 km2 (770 sq mi) of forest yet caused no known human casualties. The explosion is generally attributed to the air burst of a meteoroid. It is classified as an impact event, even though no impact crater has been found; the object is thought to have disintegrated at an altitude of 5 to 10 kilometres (3 to 6 miles) rather than hit the surface of the Earth.”

The Tunguska event is the largest impact event on Earth in recorded history. Studies have yielded different estimates of the meteoroid’s size, on the order of 60 to 190 metres (200 to 620 feet), depending on whether the body was a comet or a denser asteroid.

“Moll Dyer (died c. 1697?) is the name of a legendary 17th-century resident of Leonardtown, Maryland, who was said to have been accused of witchcraft and chased out of her home by the local townsfolk on a winter night. Her body was found a few days later, partially frozen to a large stone.

“Stories say her spirit haunts the land, looking for the men who forced her from her home. The land near her cabin is said to be cursed, never again growing good crops, and an unusual number of lightning strikes have been recorded there. A white dog is mentioned as causing accidents on Moll Dyer road.”

Throughout history, there have been many instances of books bound in human skin. Many of them were created by doctors using the skin of people they dissected to bind either their own work or some other work of anatomy. Even today there are instances of libraries (such as the Harvard Library) discovering that the cover of a volume they own actually came from a person. What would you do if you found one of those books? Should such books be destroyed out of respect for the dead?

Here’s Robyn with her fantastic anthem for all you lonely dancers out there. Enjoy! 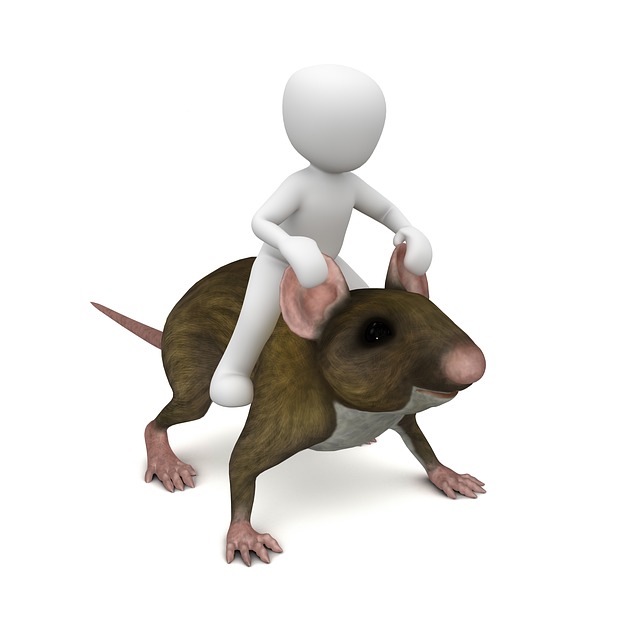 “A remotely guided rat, popularly called a ratbot or robo-rat, is a rat with electrodes implanted in the medial forebrain bundle (MFB) and sensorimotor cortex of its brain. They were developed in 2002 by Sanjiv Talwar and John Chapin at the State University of New York Downstate Medical Center. The rats wear a small electronics backpack containing a radio receiver and electrical stimulator. The rat receives remote stimulation in the sensorimotor cortex via its backpack that causes the rat to feel a sensation in its left or right whiskers, and stimulation in the MFB that is interpreted as a reward or pleasure.

“After a period of training and conditioning using MFB stimulation as a reward, the rats can be remotely directed to move left, right, and forward in response to whisker stimulation signals. It is possible to roughly guide the animal along an obstacle course, jumping small gaps and scaling obstacles.”

I’m fond of the practice of adapting a previously existing work of art in such a way that it becomes something unique, expressing truths that were not present in the original. For instance, while there is certainly room for faithful adaptations of books to the screen, I’m a fan of the adaptations that take the original as a jumping off point, then goes in a different direction. Kubrick’s The Shining resembles King’s work in little more than the basic premise, and has an entirely different message, one of inescapable and elemental evil. Bryan Fuller’s television adaptation of Thomas Harris’s Hannibal Lecter takes the plots and characters from the books and twists them to communicate Fuller’s own unique vision.

Musical adaptation can be more subtle, yet just as satisfying. Shortly after Taylor Swift released her album 1989, Ryan Adams released his own album with the same title that contained covers of all of Swift’s songs. And it’s fascinating to listen to one in the light of the other, seeing how the same words and the same melodies can, in the hands of two different artists, make us feel completely different emotions. In the case of “Bad Blood,” what plays as anger in Swift’s version turns to heartbreak with Adams’s aching vocals. 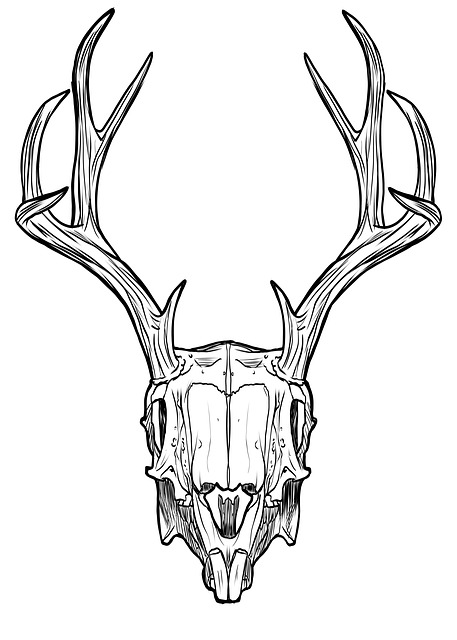 “In the 1930s, Douglas Herrick and his brother, hunters with taxidermy skills, popularized the American jackalope by grafting deer antlers onto a jackrabbit carcass and selling the combination to a local hotel in Douglas, Wyoming. Thereafter, they made and sold many similar jackalopes to a retail outlet in South Dakota, and another taxidermist continues to manufacture the horned rabbits in the 21st century. Stuffed and mounted, jackalopes are found in many bars and other places in the United States; stores catering to tourists sell jackalope postcards and other paraphernalia, and commercial entities in America and elsewhere have used the word “jackalope” or a jackalope logo as part of their marketing strategies. The jackalope has appeared in published stories, poems, television shows, video games, and a low-budget mockumentary film. The Wyoming Legislature has considered bills to make the jackalope the state’s official mythological creature.”