Happy Halloween! In honor of the holiday, I present you with some of the scariest music I know. The Shining is my favorite movie, and the soundtrack is no small part of that. This is the opening theme, and I can’t listen to it without my hair standing on end. Enjoy, and have a great Halloween

“The Starchild skull is part of a malformed human skull which paranormalist Lloyd Pye had claimed is of extraterrestrial origin. The skull is of a male child who likely died as a result of congenital hydrocephalus.” 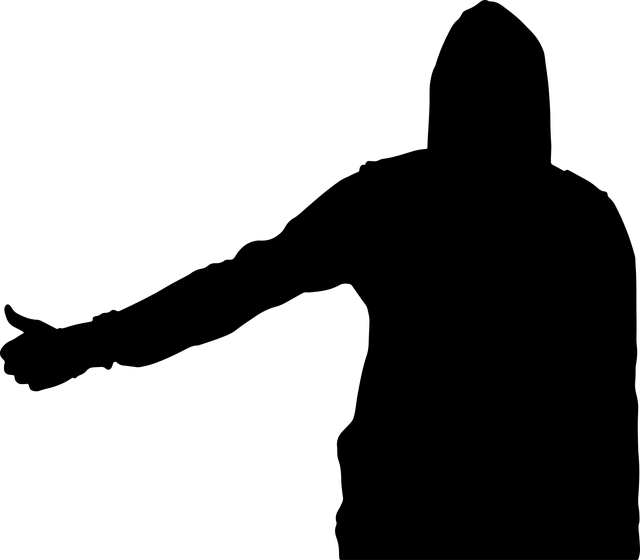 “In January 1981 a modern myth circulated, dealing with a “white woman” (weisse Frau) of the Bölchentunnel. Shaped as an old white-clothed hitchhiking woman, a ghost (though not initially recognized as such) appears out of nowhere in front of the drivers and sometimes even speaks to them.

“The first known Belchen ghost was actually male. The first written reports of the phenomenon, dated June 1980, involve a male hitchhiker who was picked up but eventually vanished from the vehicle, despite the driver’s high speed.

“Towards the end of 1980, the “white woman” began appearing in or near the tunnel. On January 6, 1981, the tabloid Blick wrote about the sightings, followed by other media also adopting the story. Basel Police received many phone calls, dozens of which had to be logged.”

This song hits a couple sweet spots for me. First, if you haven’t heard of Puddles and his Pity Party, you’ve got to check him out. He does heartrending covers of melancholy songs in full clown makeup (and manages to not be creepy, which is a big plus). He’s been on this season of America’s Got Talent, which is fantastic because as many people as possible need to know about this awesome act. Puddles aside, this is a Bowie cover, and I love me some Bowie. There has been an explosion of tributes after his death last year, and this is one of my favorites. Enjoy!

“Mellified man, or human mummy confection, was a legendary medicinal substance created by steeping a human cadaver in honey. The concoction is mentioned only in Chinese medical sources, most significantly the Bencao Gangmu of the 16th-century Chinese medical doctor and pharmacologist Li Shizhen. Relying on a second-hand account, Li reports a story that some elderly men in Arabia, nearing the end of their lives, would submit themselves to a process of mummification in honey to create a healing confection.

“This process differed from a simple body donation because of the aspect of self-sacrifice; the mellification process would ideally start before death. The donor would stop eating any food other than honey, going as far as to bathe in the substance. Shortly, his feces (and even his sweat, according to legend) would consist of honey. When this diet finally proved fatal, the donor’s body would be placed in a stone coffin filled with honey.

“After a century or so, the contents would have turned into a sort of confection reputedly capable of healing broken limbs and other ailments. This confection would then be sold in street markets as a hard to find item with a hefty price.”

“The Toynbee tiles (also called Toynbee plaques) are messages of unknown origin found embedded in asphalt of streets in about two dozen major cities in the United States and four South American cities. Since the 1980s, several hundred tiles have been discovered. They are generally about the size of an American license plate (roughly 30 cm by 15 cm), but sometimes considerably larger. They contain some variation of the following inscription:

Death head watches are particularly powerful memento mori pieces. They demonstrate that time and death are inextricably entwined, that with each tick of the clock we all draw ever closer to our own ends. Learn more about these fascinating time pieces here.

I grew up in southwest Florida. Believe me, you don’t know bugs until you’ve lived in the south. The cockroaches are huge, and they fly. The spiders are huge, too. And then there are the fire ants.

Florida used to be all swamp, and during the rainy summers it tries to revert back to its former state. Every year my backyard would flood, and sometimes the whole neighborhood would be submerged under a couple inches of water. While there were distinct drawbacks to this (such as issues with the septic tank – enough said) as a kid I loved splashing through the neighborhood, even wading into the deeper water of the ditches. I would never do this now, knowing what sorts of bacteria and parasites that water was likely teeming with (septic tank – enough said), but then it was fun, like a huge natural kiddie pool.

Except for the ants.

When the neighborhood flooded, the fire ants were flooded out of their hills. To survive, they would clump together in a big floating ball. Imagine wading in waist deep water…and running into a floating fortress of fire ants. Accidentally stepping on a fire ant hill was bad enough…fire ant bites are terribly painful, and people have died from too many…but imagine them suddenly crawling all over you, taking a respite from their watery tribulations to bite every bit of skin they can get their pincers on.

Give me the e. coli and flukes. Balls of fire ants are the worst.

The crazy wall trope is so common as to be cliche. You’re probably nodding right now in recognition, remembering some TV show or movie where papers tacked onto a wall and connected with a web of string is a visual cue that the main character is losing their marbles. The image is so pervasive that this website has been posting examples for 6 years. What I’m wondering is if this is actually a thing that people actually do. Certainly people put things up on walls to help them visualize a problem or see a pattern, but I wouldn’t necessarily call those “crazy walls.” Does it become crazy when they start using string? When the papers become jumbled? Even if they do exist in the real world, they can’t possibly be as prevalent as they are in the movies.

Growing up in Florida before the Tampa Bay Rays were a thing (the team started playing in 1998, when I was already in college), I wasn’t really interested in professional baseball. I remember the year the Twins were in the series and we watched because my grandparents lived in Minnesota and sent us “Homer Hankies” to wave when the Twins hit home runs. And I played girl’s softball (I was a catcher and I loved it). Other than that, though, baseball wasn’t really a part of my life.

That changed in 2003.  I was living in Boston and working on my master’s in theology, and the Red Sox were hot. My grad school was small and close-knit, so those who were hardcore Sox fans soon infected the rest of us. I found myself putting the game on the TV when I was at home and writing papers or knitting or sewing or whatever. We all excitedly tracked the team’s rise, held our breath as they got SO CLOSE to the Series…only to fall in the AL Championship. The next year I was fully into the Sox. I even went to a game when I was pregnant and supposed to be on bed rest. I was in Boston when the Sox won it all, on an October night when a lunar eclipse turned the moon red.

The next year we moved away from Boston, and while I remained a die-hard member of Red Sox Nation, I couldn’t watch as many games. (For some reason the Chicago stations insisted on airing White Sox and Cubs games instead. Go figure!) I cheered them on in two more World Series wins, but it was different. I wasn’t steeped in the culture. I didn’t know the players. It was always my team, but somehow it wasn’t my team.

We moved back to Boston in the summer of 2015, and when it comes to baseball? I’M HOME. Last year I watched Big Papi’s astounding final season. And today? Today is opening day. I drove by Fenway Park this afternoon and saw the throngs of Sox Nation making their way to the park. And now I’m home and the game is on and life is good.