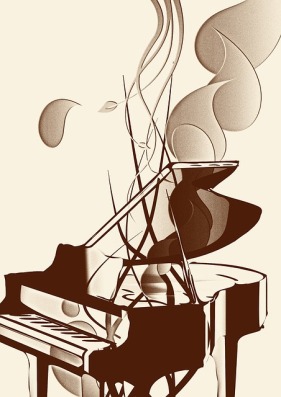 When I was a sophomore at Yale, I lived in a three story apartment building across from my residential college that was owned by the school for the purpose of overflow housing.  The drawbacks of not living in the same space as the rest of my classmates were more than made up for by the fact that the apartment had a kitchen.  And cable TV (which the dorms did not have at the time.  God how things have changed).  And a bathroom.  With a shower that wasn’t a stall used daily by a dozen people.  And a bathtub.

One night I was up late working on a paper (on The Cherry Orchard by Chekhov) when I heard a strange sound from the hallway: hushed excited voices and half-suppressed giggles along with a heavy scraping sound.  The best I could figure was that somebody had decided to get a bunch of friends together to help them move furniture.  At 2 a.m.. Weird, but hey, it was college.  College kids do lots of things in the very, very wee hours of the morning.  And we were on the top floor of the building, so any furniture moving would require a lot of help.  The sound went past my door and faded down the hall, and I shook my head and went back to my paper.

Then I heard unhushed voices and giggling from outside.  My first thought was that the party had moved onto one of the fire escapes.  But there was something odd about the sounds that I couldn’t place.  Curiosity got the best of me, and I went into the bedroom to take a look out that window.

Now, the building was configured in a U shape.  The front facade was the bottom of the U, while the open top faced the back.  The inside of the U was part of the parking lot, but since keeping a car in New Haven is a pain in the neck, butt, and all other parts of the body, very few students have vehicles, so the parking lot was almost always empty, as it was that night.  My bedroom window was on the right hand side of the U, which meant I had a perfect view of the bottom of the U, where the fire escapes were.

I left the bedroom light off, and when I got to the window, I checked out the fire escapes.  They were empty, and I frowned, confused.  Then I heard the sound again, a burst of furtive giggles, and realized that the voices were coming from the roof of the side of the U directly across the parking lot from where I was.  There was a cluster of people up there, maybe seven or so, and they were talking and laughing and peering over the edge of the roof at the three story drop.

Then there was that heavy scraping sound.

And they pushed a piano up to the ledge.

And in a surge of motion, they pushed the piano over the ledge.

There was a moment, one silent, crystal clear and surreal moment, where the piano fell through space, weightlessly graceful.

A concussive CRASHSPROING!!!  Wood and wire and metal SMASHED to bits on asphalt!

I stared at the annihilated instrument in disbelief.  When I looked back up at the roof, the crowd had vanished.

Stunned, I went back to my desk.  Went back to writing about Chekhov’s work, with the image of a falling piano in the back of my mind.  In the morning I would go out to the parking lot to see in daylight the hulking corpse, long splinters of wood and coils of wire thrust to the sky.  But for the night my mind was caught up in it all, in the impossibility, and the inevitability, of watching a piano fall.