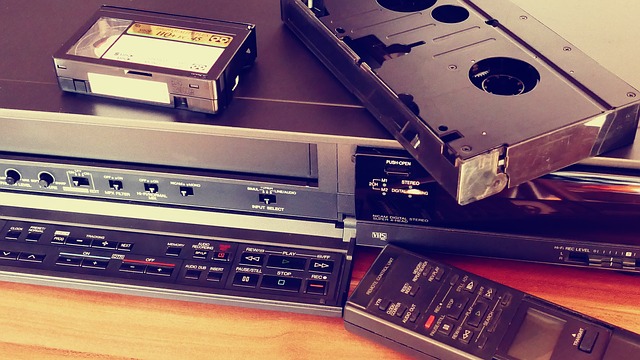 One of the interesting things I’ve noticed while interviewing fans for my podcast is that in a number of cases the conversation turned toward the revolution of the past ten to fifteen years in how we watch TV. I remember a time when if you missed a show when it aired, chances are you’d never see it. That was your chance. Sucks to be you. If you were lucky, it might pop up in daytime TV on smaller networks or on a nostalgia channel like Nick At Nite. Sure, there were VHS tapes, but you could only fit two, maybe three hour-long episodes on a single tape, so an entire season took up a fair bit of shelf space, not to mention the dedication to record each and every episode. An entire series? Who can live at that speed???

I was lucky enough to know some people who were actually that level of fanatic. I was introduced to Buffy the Vampire Slayer by a summer roommate who was obsessed with the show, and had tape after tape to prove it. And another friend had recorded every episode of Babylon Five, and those tapes, stuffed in two paper grocery bags, made their way from person to person in our social circle, so everybody could see this amazingly fantastic show that we would never be able to see otherwise.

Well. Not never. Nowadays these tales are the media equivalent of walking to school in the snow, uphill, both ways. DVDs have made it much easier to own an entire season, or entire series. But even that is fast becoming archaic. Who needs to own a show? It’s so easy to stream! You don’t even need to sweat whether or not you can watch it when it first airs. Watch on demand, or through a service like Hulu and Netflix! I watched Twin Peaks for the first time on Netflix. I introduced my kids to Buffy the Vampire Slayer, a show that ended before they were born, on Netflix. Last night I watched the first season of Fargo, a show I missed the first time around and now, thanks to Hulu, I have had the privilege to witness (good god, it’s wonderful).

I took a screenwriting class a couple years ago that was taught by a man who had been writing for movies and TV for some time, and he told us that in the past, movies were high quality and TV was low quality…but that in the past ten years or so, that has flipped, and it was TV that was breaking ground in storytelling, in cinematography, in screencraft, while movies have been mired in same-old same-old, sequels and remakes and cash-grabs. And I can;t help but wonder if the revolution in how we watch television has something to do with that. Time was, TV was disposable, aired once and then never seen again. There are early seasons of Doctor Who from the 1960s that have been permanently lost because the BBC recorded over the tapes! Now, though, there is a permanence to it. A TV show will be watched and loved for decades, with new fans brought in every time someone is flipping through Netflix because they’re bored, and hey, this show is supposed to be good! Perhaps it was this permanence that gave us shows like True Detective, Breaking Bad, and Mr. Robot…all of which I watched after they aired.

Thank god for the streaming revolution.