We live in a well-monitored (sometimes too well-monitored) world. Surveillance cameras, GPS trackers, credit card records…it’s hard not to leave a trail a mile wide as we move through our lives. This is often problematic, especially when the government uses these trails to monitor innocent people. But there are also benefits, including authorities being able to track down guilty people. However, sometimes people become unmoored in our world, and not even our technology can reel them back in. People vanish without a trace, or are found  but prove impossible to identify.

This is Asha Kreimer, an Australian woman who was living in California with her boyfriend at the time of her disappearance. On September 21st of 2015 she was at a restaurant eating breakfast with her boyfriend and a childhood friend. It had been a harrowing past couple days for her, due to a mental breakdown. She hadn’t slept in five days, and had just been released from a psychiatric evaluation that turned so violent the police had to be called. (It is unclear why it is that they released her at all.) At some point during breakfast, she excused herself to go to the restroom. Her friend followed a few minutes later, but couldn’t find Asha. No one can remember seeing her leave the restaurant, but she was nowhere to be found. She left her identification, credit cards, phone and money behind, but, according to police, went to her home to retrieve her German shepherd. There has been no trace of her since. Her family has been searching for her with little success. (If you’d like to help out, her family has a Go Fund Me page to finance the search.) 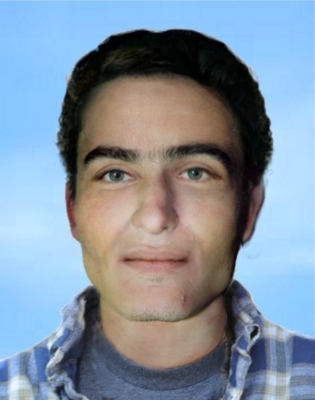 On the other end of the spectrum we have Lyle Stevik. Unfortunately, that’s not his real name, but rather the alias he used to check into a motel in Amanda Park, Washington on September 16th, 2001. It’s possible that the name was a reference to Joyce Carol Oates’s book You Must Remember This, in which a character named Lyle Stevick attempts suicide. Perhaps he was hoping that someone knew the book and would recognize the use of the name as a warning sign. No one did, however, and the man was found dead in his motel room the next day, having hanged himself in the closet. Since he was found so soon after death, his face was recognizable and his fingerprints were easy to obtain, and both, along with his dental record, were entered into national databases. You would think that someone would recognize him, and yet 15  years later he’s still unidentified. Theories abound, however, including speculation that he could have been involved somehow in the events of 9/11 just five days prior. (For more details about this case, including crime scene photographs, go here.)

These sorts of cases fascinate me, and I may write more about them in the future. If you’re interested in cases like this, check out the Doe Network. There are hundreds of missing and unidentified persons who just need the right person to come along and recognize them to give them and their families some peace.